The objective of this activity is to view a graphical representation of the Olympic Speed Climbing route and use the distance formula and the midpoint formula to answer questions. Students also explore how the rate of change varies during a race.

During the 2021 Summer Olympics in Tokyo, competition climbing became an Olympic sport for the first time. Athletes competed in three separate disciplines: speed climbing, bouldering, and lead climbing. In speed climbing, two climbers race side-by-side to scale identical routes on a 15m high wall set at an angle of 95 degrees.

During one race, Alberto Lopez from Spain competed against Adam Ondra from the Czech Republic.

A coordinate plane has been placed over a rendering of the climbing route. The starting position for Alberto Lopez is at the point (6, 1.75) and the final position is at (5.5, 15). What are the coordinates of the midpoint between the starting and final positions? 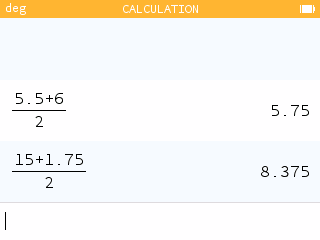 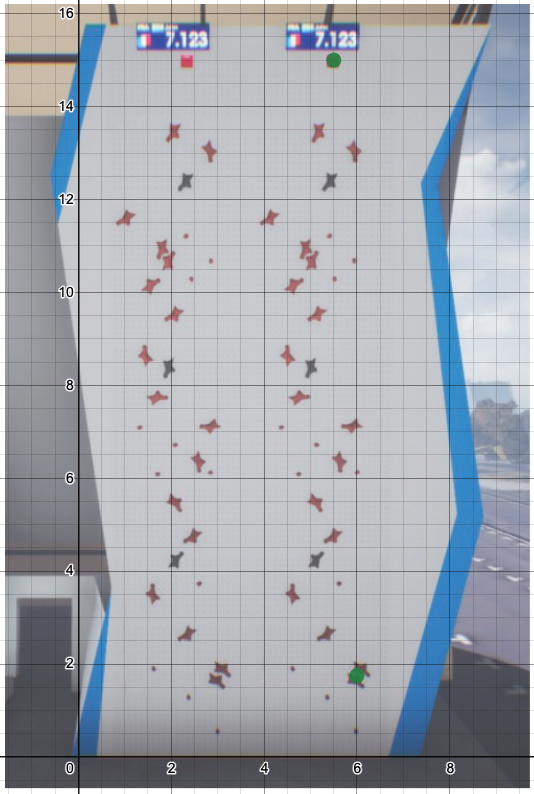 Alberto Lopez's path is marked and the coordinates of his handholds are listed in the table below along with the time in seconds.

Students can use the image to select candidates for the largest distance and confirm using the distance formula. Candidates: 2 to 3, 6 to 7, 15 to 16.

Lopez moved the farthest between hold 6 and hold 7. The distance was 1.681 meters.

Answers may vary. One strategy is to find the distance traveled between two holds and divide it by the change in time. Since some holds occurred at the same time, alter this strategy by finding the distance traveled between hold 1 and 3, hold 2 and 4, etc. Then divide by the change in time. With this strategy, it appears that Lopez is speeding up as he climbs! 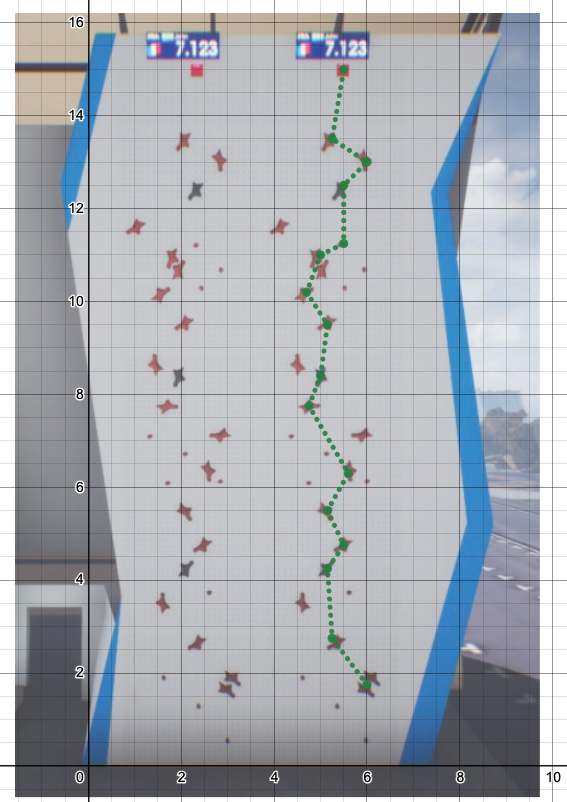