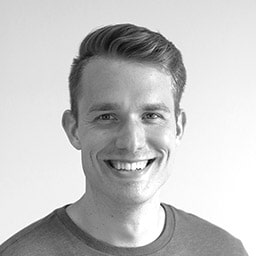 At some point in your mathematical journey, you may be interested in graphing the function f(x)=xcos(x). It’s a pretty neat looking graph! 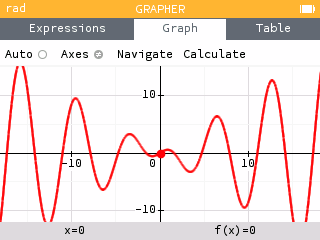 However, before the release of software version 19, you may have ran into some issues. A blank graph and a table full of “undef” may have left you wondering what went wrong!

To understand this issue, and its fix, we must first consider what the calculator is doing whenever you press exe.

In her post To develop is to renounce!, Léa gave us a great insider’s view of what happens when you press exe on the NumWorks calculator.

This strategy of breaking down a statement into parts to understand it is called parsing.

Léa showed us that when we introduce variables and functions, things get complicated.
She has us consider abba(1+2):

Prior to version 19, our parser followed the rule: Always create the longest variable name possible and, if it is followed by parentheses, it is a function name. This rule is simple, but the user will have to write multiplication signs where they could be implicit.

And therein lies the issue you may have found when graphing f(x)=xcos(x). 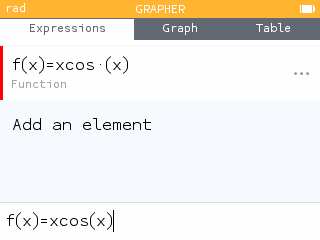 Here, without the explicit multiplication between x and cos(x), the parser looks for the longest variable name, xcos. However, since xcos is not defined, we end up with the unknown variable xcos multiplied by the variable x, that is, xcos*(x). Since xcos is undefined, the function itself is undefined.

When problem solving, it is important to consider several solution methods. When first approaching this problem, we considered automatically preceding functions such as sin(), cos(), ln(), etc with a multiplication symbol when using the keys or toolbox (e.g. *sin()). However, this would not solve the problem when these functions are typed in manually using the alpha keys or a computer keyboard on the emulator.

A better fix: Improve the parser!

To create a more universal fix, we needed to make adjustments at the parser level. This involved redesigning our parsing algorthim.

By default we consider that ab means a*b. That is, unless ab is a defined variable or function, we assume implicit multiplicaton. (More on that below!)

When parsing a string abc we’ll first consider abc, then bc, then c until we reach a defined function or variable or arrive at a single character. We then repeat this algorithm with the remaining string.

Consider our original function f(x) = xcos(x). How does our new parser read xcos?

The following symbols are defined: a, b, ab, azfoo and foobar. Also cos() and acos() are predefined functions.

Explore the calculator yourself! Look out for how the parser evaluates your input and do not hesitate to suggest improvements!

Nick is one of our Math Teachers in Residence for the United States. He taught high school mathematics for nine years in North Carolina including Algebra 1 through AP Calculus and AP Statistics. Nick creates classroom resources for teachers, leads workshops and webinars, and collaborates with the engineering team to ensure our calculator meets the needs of teachers and students. In addition to educational technology, Nick’s other passions include music, board games, and growing avocado trees! 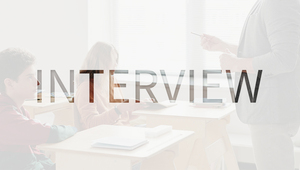 As a Math Teacher in Residence at NumWorks, I have spent the last year r... 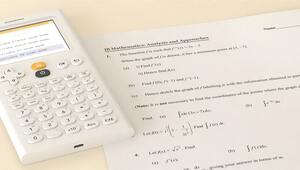 We are excited to announce that NumWorks is now approved for IB exams! ...